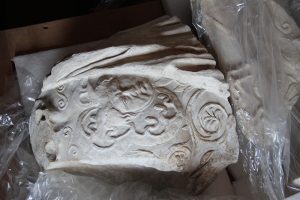 archaeological fragments from the Basilica Ulpia in Rome, the largest basilica in the ancient world.  The overall exhibition (curated and developed by Forte’s lab) features installations which use novel modalities, holograms, tangible interfaces, and simulated reconstructions, to contextualize the Trajan Forum and some of the 40,000 architectural fragments of the Basilica Ulpia. 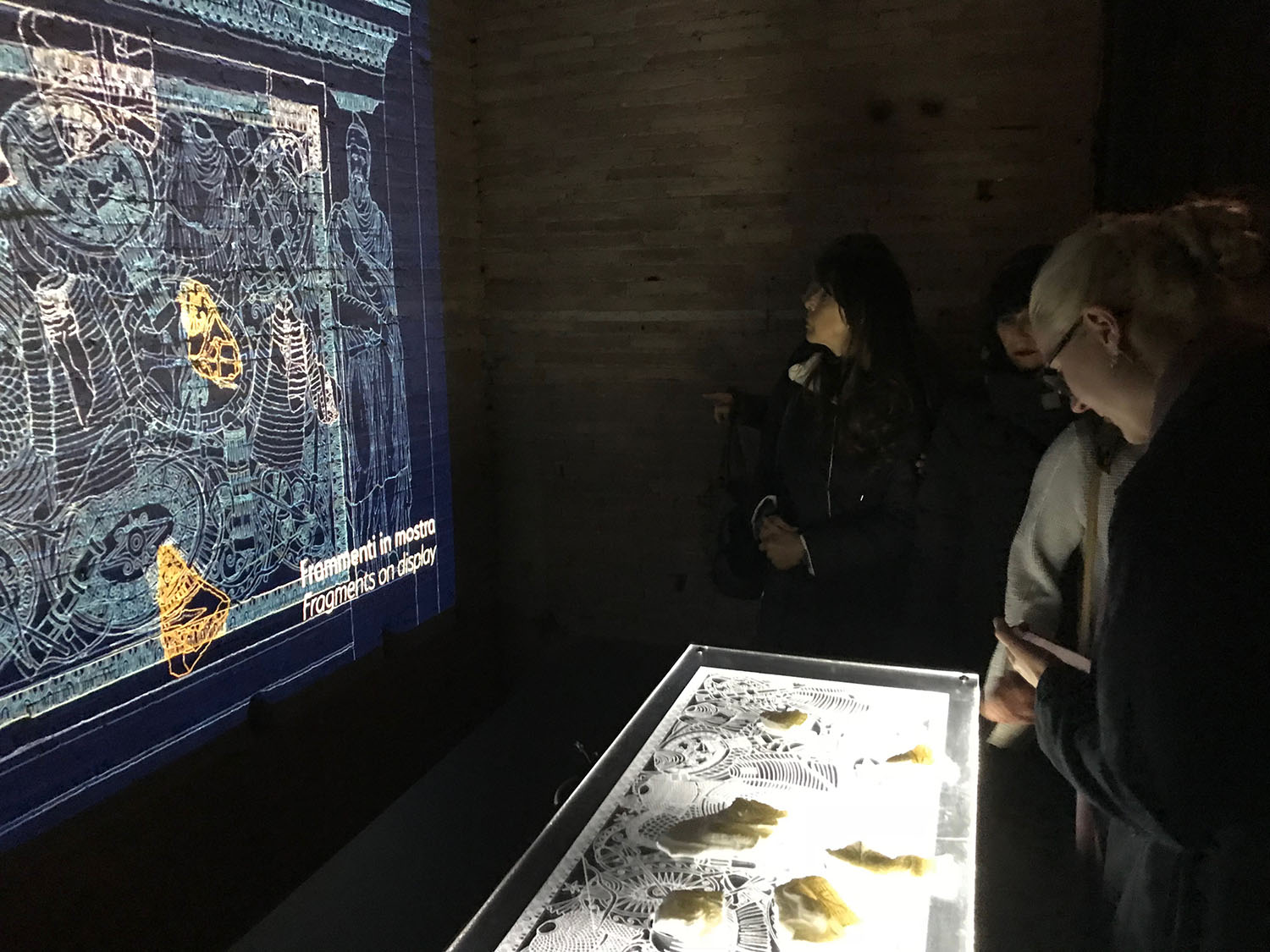 THE EXHIBITION
This tangible-interaction, digital installation was exhibited at the Museum of the Imperial Forum / Trajan Market in Rome, Italy, as part of the commemoration exhibition honoring the 1900-year anniversary of Emperor Trajan’s death, and will be seen by hundreds of thousands of visitors. The table premiered at the grand-opening gala on November 17th, 2017, and will be exhibited for the next year.